Following up on the success of the last campaign, we teamed up again with VML Chicago to launch a brand new campaign introducing two new fruit smoothie flavors for The Original Bomb Pop.
This campaign introduced two giant fruit smoothie cups goofing around in the most trippy and elaborately built environments enjoying all things summer. Inspired by the art of papercraft, we designed and executed the set build to bring this wacky, colorful world to life.
We created these summer scenes by layering larger than life paper craft props around giant smoothie cups with actors placed in it. Similar to the Bomb Pop badass school play we brought to life, we see these elements cleverly wheeled in and dropped down on strings. 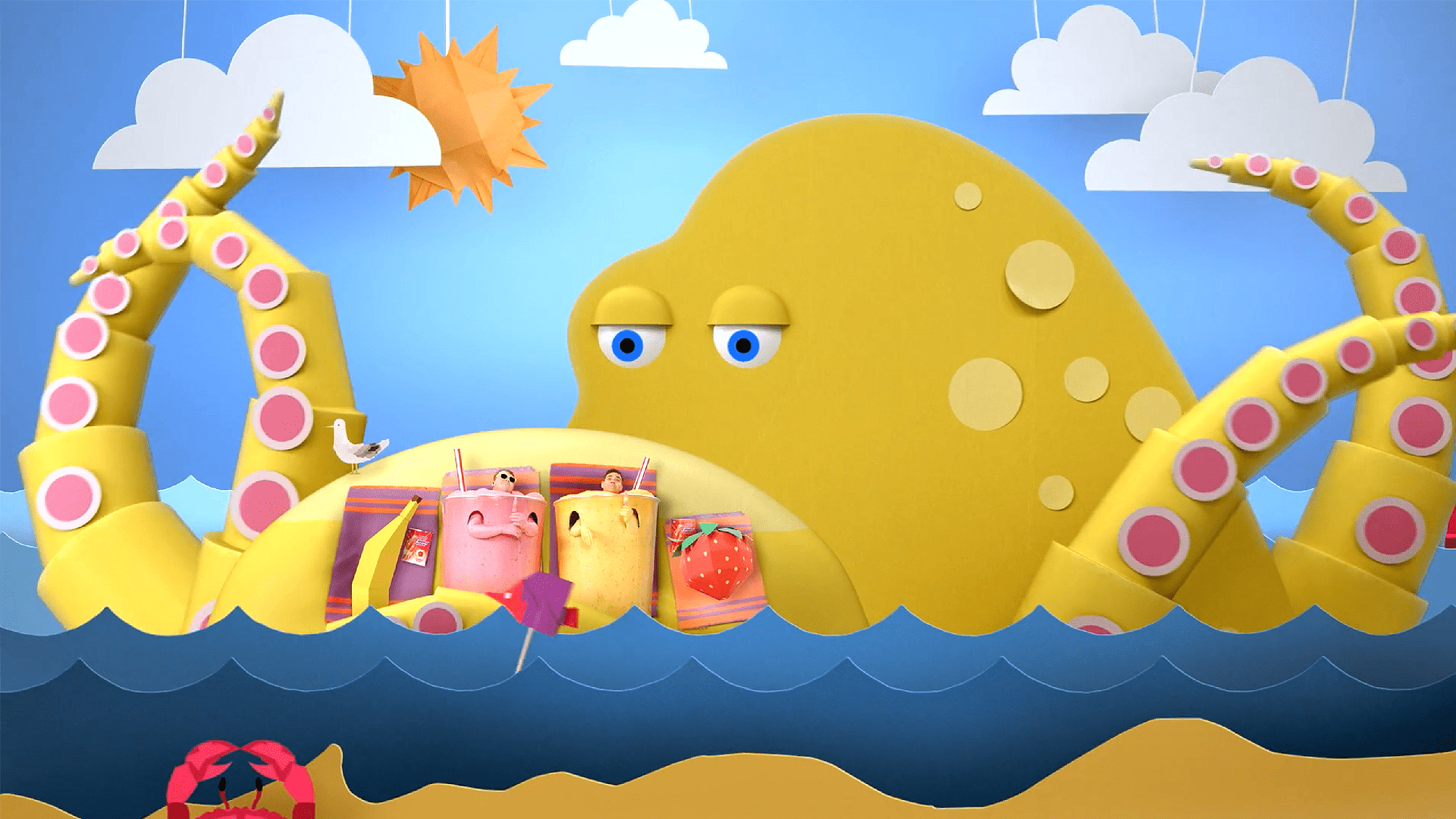